Look on the News page for teaching and learning news from the UK art, design and media higher education sector, including events, calls for papers, funding opportunities and more. See the About us page for information on how to share your news on this blog.

Agents of Change: Photography and the Politics of Space 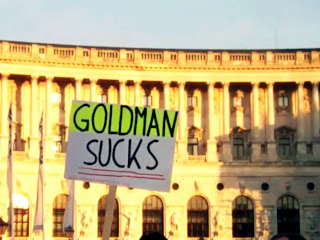 Photoworks announce announce the fifth edition of the acclaimed Brighton Photo Biennial, once again bringing international and emerging photographers and artists to the city.

Partnered by the University of Brighton the biennial will "Explore how space is constructed, controlled and contested, how photography is implicated in these processes, and the tensions and possibilities this dialogue involves.  BPB12 provides a critical space to think about relationships between the political occupation of physical sites and the production and dissemination of images".

Image Thompson and Craighead: http://www.bpb.org.uk/2012/whats_on/thomson-and-craighead/
Posted by Stephen Mallinder at 14:24 No comments:

As we're sure most of you will be aware, Debbie Flint, the much loved member of our Networks team left a few weeks ago on maternity leave. I'm very happy to announce that Debbie and her partner Carl had a little baby girl, Ronnie, on Thursday July 19.

I'm sure you will want to wish her well and we will pass on the networks congratulations.

Jenny, Stuart and Steve
Posted by Stephen Mallinder at 10:48 No comments:

A one day symposium at UCL in conjunction with 4Humanities, Arts Emergency, UCL Centre for Digital Humanities, and UCL Department of Information Studies.

Government and private support for the humanities—for research, teaching, preservation, and creative renewal in such fields as literature, history, languages, philosophy, classics, art history, and cultural studies - is in decline. What can we do to demonstrate that the Arts and Humanities matter?

This free, one day symposium, will feature leading figures in understanding, demonstrating, and advocating for the Arts and Humanities. The symposium will also mark the launch of the local 4Humanities@UCL chapter.

Twitter and other micro-blogging platforms, with their short messages, in some cases circulated to millions of followers, were at first viewed with condescension and amusement: famously David Cameron, the British Prime Minister, opined, "Too many tweets make a twat." Other media initially treated Twitter as offering platforms for celebrities, pools of banality, streams of dumbed-down opinions. But people using Twitter quickly found an enormous range of diverse uses, revelling in opportunities for creativity that microblogging and associated applications offered. People involved Twitter in organising revolutions, disseminating scientific findings, promoting brands, communicating with friends and crafting new forms of artistic endeavours and communications. Where Twitter is not allowed, as in China, other microblogging platforms have taken on similar functions.
This conference brings together a range of researchers doing detailed analyses of the discourse, practices, and social interactions of microblogging communities.
Possible topics for submission may include:
They will be inviting presentation in three formats:

For more information:
http://www.lancs.ac.uk/fass/events/twitter_and_microblogging/call.htm
Posted by networkADM at 10:39 No comments:

We are pleased to announce that Networks 18 is now online. It is a bumper issue and we hope you will enjoy reading the feature articles, case studies, reviews and reports and watching the films from Drawing on All Resources.


This is our final issue of Networks in its current form. For this issue we didn’t identify a theme, but put out a general call with the aim of celebrating the creativity, skill and attention colleagues devote to teaching and learning in art, design and media higher education. The themes and issues raised, therefore, come from teachers and others supporting learning in the sector. Nevertheless, there are commonalities between many of the articles submitted and presented in Networks 18.

We are delighted and grateful to the University of Brighton for funding this last issue and Brighton is exploring how we sustain this community and these debates and find new channels for their dissemination. Over the next few weeks and before summer’s out, the current Networks team will be taking up new roles and challenges. Thank you to the contributors to this issue and for all for your contributions in the past; we hope that the will to share, so much in evidence in Networks, will continue to thrive in new ways.

http://arts.brighton.ac.uk/projects/networks/issue-18-july-2012
Posted by Jenny Embleton at 14:05 No comments:

NEWS - Drawing on All Resources reports and presentations now online

Drawing on All Resources: developing open educational practice in art, design and media

Faculty of Arts, University of Brighton, Grand Parade, Brighton
16 May 2012


We are very pleased to announce that the full report from this highly successful event has now been published online in Networks 18. This includes the presentations and recordings of the sessions, reports and feedback from the day.

For more information: http://arts.brighton.ac.uk/projects/networks/issue-18-july-2012/drawing-on-all-resources-developing-open-educational-practice-in-art,-design-and-media
Posted by Jenny Embleton at 13:22 No comments:

GENERAL NEWS - from HE

This is a call for papers for the Special Issue On: Mobile Learning and Creativity: Current Concepts and Studies
For more information
Posted by Jenny Embleton at 10:02 No comments:

CALL - for proposals for thematic workshops and seminars

The HEA is pleased to invite all subscribing institutions in the UK delivering higher education to be part of a thematic workshop and seminar series during the 2012/13 academic year. Funding has been provided to enable them to offer a grant of £750 to institutions to host and deliver a workshop or seminar during the series and produce an associated report for the sector.

Through this series, institutions are invited to disseminate findings from research or evaluation work, or share evidence-informed policy and/or practice in the one of the thematic areas of:
Two calls for proposals will be released during the 2012/13 academic year:
For more information: http://www.heacademy.ac.uk/seminar-series
Posted by Jenny Embleton at 09:38 No comments:

fusion is a new international open-access online scholarly journal for the communication, creative industries and media arts disciplines. Co-founded by the Faculty of Arts, Charles Sturt University (Australia) and the College of Arts, University of Lincoln (UK), fusion will publish refereed articles, creative works and other practice-led forms of output.

fu·sion (fy  zh n) noun.
fusion aims to:
fusion is also open to reviews, and commissioned articles. Appearing twice a year, each issue is organised around a theme involving the fusion of two or more ideas, disciplines or cultures, and edited by a small team of guest editors whose research interests reflect the particular theme.  The editorial teams will include at least one early career researcher or Higher Research Degree student.  Submissions will be refereed by an international board of established and emerging scholars working across diverse paradigms in Media, Communication, and the Creative Arts Industries.

For the first issue the theme is, simply, fusion.  They invite submissions on any aspect - past and present - of the communication, media and creative industries which explore, analyse or otherwise attend to issues of fusion and hybridisation.  They also invite submissions on these same issues seen through the lens of critical regionalism.  The editors wish to encourage joint submissions, particularly those which include an emerging researcher.  Submissions may be visual, aural, still, moving and written material.

Guest Editors for this issue

Contributors are invited to submit articles or creative works on fusions and hybridising processes across a wide range of media, communication and creative industries topics.  Joint submissions which include a research student or early career researcher among the authors are especially welcome.

Submissions which may be visual, aural, still, moving or written are invited for any one of the following sections of fusion.

Before submitting, you must read the 'Submission' page for the journal's Author/Creator Guidelines and Refereeing Process.  Authors need to register with the journal before submitting.  If you are already registered, you can simply log in.  For enquiries, please contact the fusion Editorial Assistant Michelle O'Connor at moconnor@csu.edu.au.

www.fusion-journal.com
Posted by Jenny Embleton at 09:05 No comments:

In a similar vein to Stuart Allen's book, this volume seeks to address issues of current theoretical and historical debate with the broad field of British media history. They have already attracted a number of leading and emerging scholars within the field but still require high quality contributions in the following areas:
The essay should be 4,000 to 5,000 words in length including notes and bibliography and pay close attention to recent research and any international comparisons where appropriate.

If you would like to contribute the editors require a brief 500 word outline by the end of July 2012 with a view to decisions being made by the end of September 2012. On acceptance of the proposed essay, contracts would be issued by Routledge in October  2012 and complete essays submitted for editorial review in May 2013 for publication mid 2014. There will be a cash fee of £80  (payable on delivery of the final MS to Roultedge).

Submissions and queries should be directed to the editorial assistant Dr Angie Negrine at: dr.a.negrine@gmail.com
Posted by Jenny Embleton at 10:27 No comments: